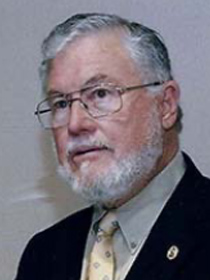 During my 20 year tenure at Baylor University I not only carried a full teaching load, I was also director of the Strecker Natural History Museum and the Waco Mammoth Site, presenting a paper at the 30th International Geological Congress in Beijing and testifying before a Congressional Committee for the establishment of a National Monument that achieved that status in 2015. While at Baylor the Ollie Mae Moen Children's Museum was saved and permanency was created that resulted in a director and staff of its own. During the Texas Sesquicentennial I was in charge of relocating 23 buildings 250 miles from the banks of the Trinity River in Liberty County to the banks of the Brazos on the University's campus that became the Gov. Bill and Vara Daniel Historic Village, an open air 19th century living history museum.

As founder, professor and chair of the Department of Museum Studies, taking the curriculum from a "program" to an undergraduate degree to a master's level and from three classes with one student to thirty course offerings and up to fifty enrolled, graduating 150 students with a 90% placement rate as I retired. Before leaving my position at Baylor I was able to arrange for a $4M endowment that would support scholarships, interns, a journal, worldwide speakers and symposia on specific subjects. With the help of then Chancellor, Dr. Herbert Reynolds we raised $21.5M for the new Mayborn Museum Complex which is currently bringing over 100,000 visitors to campus each year.

I served three years as chair of the International Committee on Professional Training representing the American Association of Museums at the World Conference of the International Council of Museums in both Norway and Australia. I donated my museological library (which is now named for me) and established archival division to educate students on the importance of preserving our institutional histories.

In addition to my paleontological work I have also been an archaeologist by training and preference for over 50 years resulting in over 40 professional publications and two books. I have also established over a dozen museums and educational centers from scratch and assisted numerous museums through the Museum Assessment Program and Accreditation visits.

My website has much more detail about my career: www.legacymuseumconsulting.com